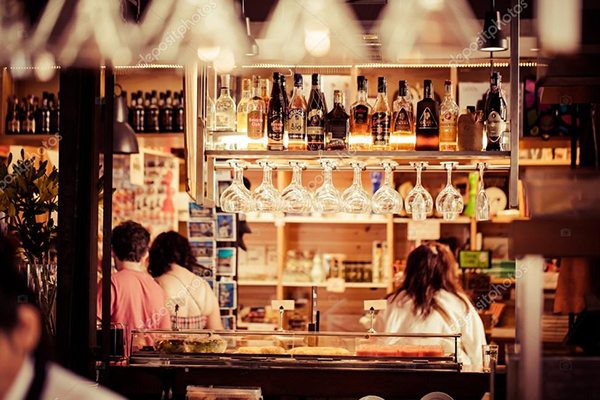 If you are in thinking of opening or purchasing an establishment that will sell in any way beer, wine, alcohol, spirits, or liquor anywhere in NY State, you have found the right lawyer. NY attorney Bruno V. Gioffre, Jr. began his career in private practice processing applications for liquor licenses before the NYS Liquor Authority Division of Alcoholic and Beverage Control.

Bruno did not pick this practice area by accident. The Gioffre family has been involved in the liquor industry for over eighty years. Bruno’s grandfather, Joseph B. Gioffre, opened Gioffre Liquors in Port Chester, New York in the early 1930s. At that time, Joseph was one of the first ten liquor stores to receive a liquor license in the State of New York. Gioffre Liquors remained open for approximately sixty years.

In addition, Bruno’s father, Bruno Sr., worked in the liquor industry for several import companies, such as Dewar's, Absolute and Remy Martin from the 1960s until his retirement in 2006. During this tenure, Bruno, Sr. reached high-level positions, such as Vice President of Sales for the entire country. Bruno Sr. also worked for several liquor distributors such as Peerless and Charmer.

Moreover, Bruno, Jr.’s Uncle, Fred Gioffre, was appointed Deputy Commissioner of Licensing for the NYS Liquor Authority by Governor George Pataki in 1995 and served in that capacity for twelve years. During this time period, Bruno Gioffre learned everything there is to know about NY ABC Law and licensing requirements from his Uncle Fred. With the wealth of experience and knowledge in the liquor industry passed down from generation to generation, Bruno, Jr. essentially grew up in and knows this industry inside and out.


What Attorney Bruno V. Gioffre, Jr. Does For You

The process for obtaining a NYS liquor license is confusing and frustrating for those trying to do it alone without the benefit of counsel. Bruno Gioffre and his law firm make it easy and simple. We complete your entire liquor license application and do all of the paperwork. We can represent you if you are a first time applicant or if you are looking to have a pre-existing license transferred to you or your company.

The first thing we do is determine what kind of NY liquor license you are seeking and review all possible scenarios for your eligibility. The NY State Liquor Authority has a specific license for each type of vending you want to do. In other words, a hotel would have a different license than a drug store. Each one of the various NY State liquor licenses has different licensing requirements. The various licenses that the New York State Liquor Authority issues are as follows:

New York’s alcohol and beverage control law prohibits a liquor license from being issued if the applicant’s establishment is within 200 feet of a building used exclusively as a school or place of worship on the same street. If such establishment is on a corner, it is considered on both streets for purposes of these regulations.

However, even if your proposed location appears to be within the 200 foot rule, there are exceptions and strict measurement requirements. For example, the 200 foot prohibition is not from the nearest points to each property, but measured in a straight line from the center of each premises main entrances.

In conducting this hearing the SLA conducts its own investigation and fact finding. They do this by consulting with the municipality or local community board to determine whether issuing the license would be within the interest of the public. In addition to the evidence and facts directly uncovered by the SLA, you as the applicant can present your own evidence as well.

When considering whether it would be in the public interest to approve the application, the Authority may considers the number and types of other licensed establishments, whether the applicant has obtained all other required licenses and permits, vehicular traffic, noise level implications, ABC violations and reported criminal activity at the location, and any other factor the board deems to be relevant.


Disqualification for an applicant’s criminal history

Many non-attorneys hold themselves out as “expeditors” in obtaining a NYS liquor license. However, all they do is fill in the boxes and submit your application. Utilizing an attorney to make your application has numerous benefits. Our law firm has the know how to fix any underlying problems before you spend money making your application. We have affiliations with outside experts you may need to prove elements of your application. For example, you may need a surveyor for a 200 or 500 foot issue, a traffic engineer for a traffic study, or an architect for a building survey. If a hearing is required we know how to develop evidence favorable to your application, discredit contrary evidence, and representing you in conducting a hearing.

An attorney such as Bruno Gioffre that also practices criminal defense is invaluable in the process when there is a conviction in an applicant’s history that would prohibit the issuance of a NY State liquor license. As attorneys, we can:

Upon making an application for a liquor license, the NY State Liquor Authority must certify that the facts contained in the application are correct. This sometimes takes months to accomplish, and often after the extended period the liquor authority comes back to you requiring verification of information or needing more information. Every day you wait for approval of your NY liquor license you are losing money.

However, the NYS Liquor Authority allows a lawyer that represents an applicant to self-certify the application. This is a tremendous benefit to using an attorney, as it cuts the application time down in half. The key to an application being approved expeditiously is by filing a mistake free application. This concept is not as easy as it may seem due to the fact that the NY State Liquor Authority is constantly changing is policies and rules. Having an experienced liquor license attorney such as Bruno Gioffre will ensure that your application meets the standard of excellence that he prides himself on.

Do not sign a lease or contract for a liquor premises without talking to us first. We provide a free, no cost initial consultation. At that consultation we will provide you with a single payment flat fee for our firm to make your New York State liquor license application. There are no hidden fees or costs. We will make your application in expeditious fashion. We will do it once and do it right so that you will start making money in your investment as soon as possible.